Reynolds American Inc. and its predecessor companies have been on a transformation journey since the 1700s. What started out as America’s first tobacco company specializing in snuff, is now leading the transformation of the tobacco industry with operating companies that offer a wide range of products to address the evolving preferences of adult tobacco consumers. Take a look at our journey and growth over the last 250+ years.

Lorillard, which was acquired by Reynolds American in 2015, was America’s first tobacco company — founded in New York City in 1760 by a young French immigrant, Pierre Abraham Lorillard. Snuff was his specialty, and his sons, Peter and George, eventually took over the business. It was in the 1900s that the company started producing cigarettes, including the introduction of Old Gold in 1926, Kent in 1952 and Newport menthol in 1957. Newport would go on to become Lorillard’s flagship brand and an industry leader. 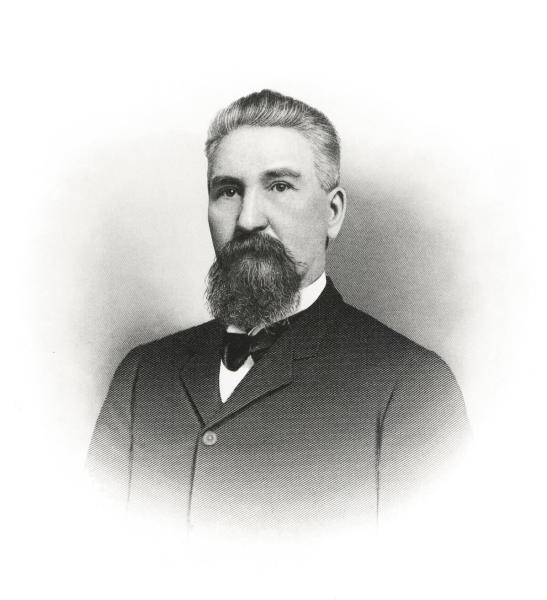 R.J. Reynolds Tobacco Company (RJRT), now RAI’s largest operating company, was founded in 1875, when 25-year-old Richard Joshua Reynolds started a chewing-tobacco manufacturing operation in the town of Winston, North Carolina. (Winston would later merge with the nearby village of Salem, creating the city known today as Winston-Salem.) Although Winston had only a few hundred residents and no paved roads, Reynolds saw two potential keys to business success: The town was a production center for tobacco leaf, and it had a newly built railroad line. After starting the chewing-tobacco business, Reynolds anticipated the growth in popularity of smoking tobaccos and introduced pipe tobaccos. He then went on to revolutionize U.S. cigarette blends and packaging. 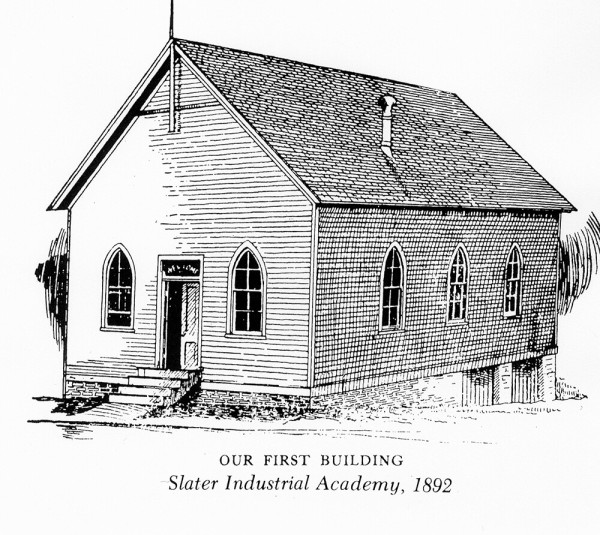 Community involvement has always been ingrained in RJRT. Richard Joshua Reynolds gave generously to the community where he built his business. In 1891, he gave his first documented gift: $500 (worth almost $14,000 in today’s dollars) to help establish the Slater Industrial School, which later became Winston-Salem State University (WSSU). Today, WSSU is a historically black university and part of the University of North Carolina system. 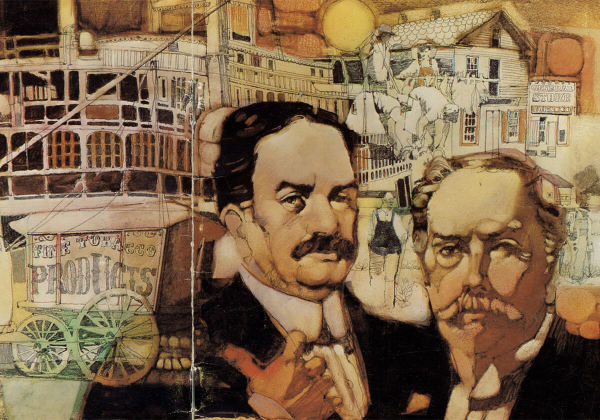 A new tobacco company, Brown & Williamson, began manufacturing in Winston, North Carolina, in 1894. The company had its origins in Brown Brothers Tobacco Manufacturing Co., which was the largest tobacco company in nearby Mocksville in the 1870s. It was operated by George Brown and his brother, Rufus, who were sons of a tobacco merchant. In 1893, George Brown formed a new partnership with his brother-in-law, Robert Williamson, whose father owned two tobacco factories. The partnership took over Robert’s father’s business, and this became Brown & Williamson. 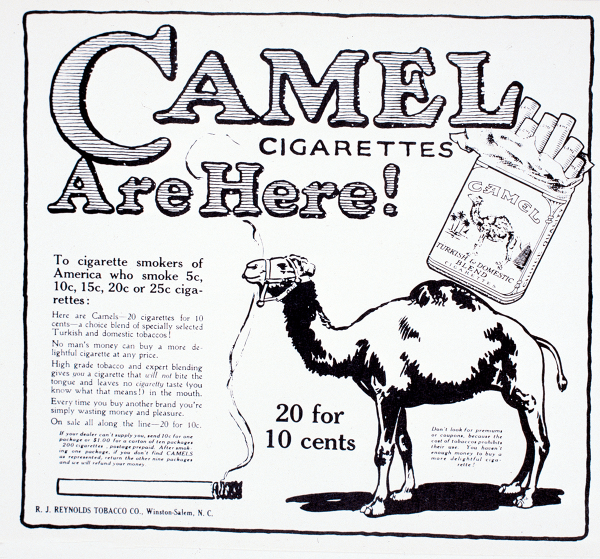 RJRT introduced Camel cigarettes in 1913, containing a blend of several different types of tobacco that would come to be called "the American blend." Camel became the first nationally popular cigarette in the United States. The 20-cigarette pack was introduced by RJRT in 1913, and in 1915 the company introduced the one-piece, 10-pack carton. 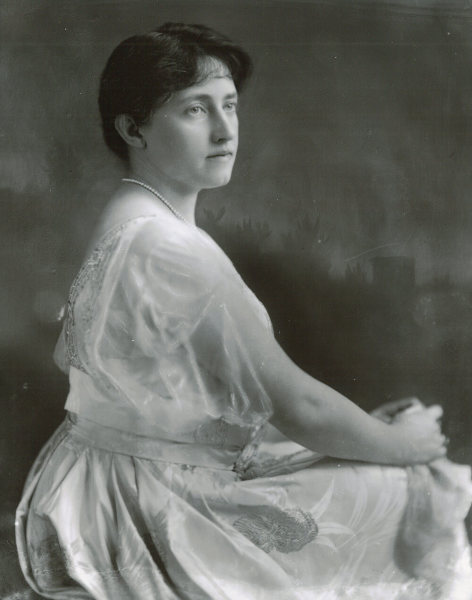 Richard Joshua Reynolds’ wife, Katharine Smith Reynolds, encouraged him to try a modern fundraising technique – a challenge grant. Reynolds promised to match all money raised for the creation of a YWCA facility dollar-for-dollar. His personal matching gift was $5,000, yet the combined funds still weren’t enough to meet construction costs. So, in 1917, RJRT voted to give its first major corporate grant of $10,000 to pay off the rest of the building debt. 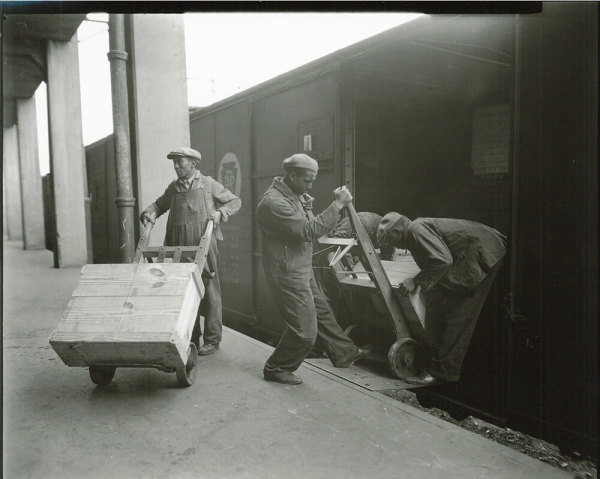 In 1931, RJRT became the first company to package its cigarettes with a moisture-proof, sealed cellophane outer-wrap to preserve freshness. In 1933, Brown & Williamson launched KOOL cigarettes, the first U.S. menthol brand to gain nationwide distribution, and in 1936 it introduced Viceroy as the industry’s first cork-tipped filter product. 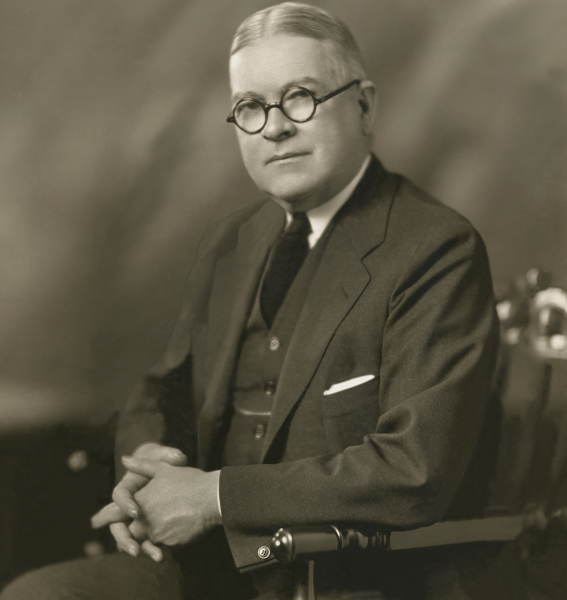 Bowman Gray, who served as president of RJRT in 1924 and then chairman of the board of directors in 1932, passed away in 1935 and left $750,000-worth of company stock to be used to benefit the community. His wife and children decided to donate it to a medical school willing to move to Winston-Salem. Wake Forest College agreed to move its two-year medical school from Wake Forest, N.C., to Winston-Salem and to expand the curriculum to a four-year program, partnering with N.C. Baptist Hospital. 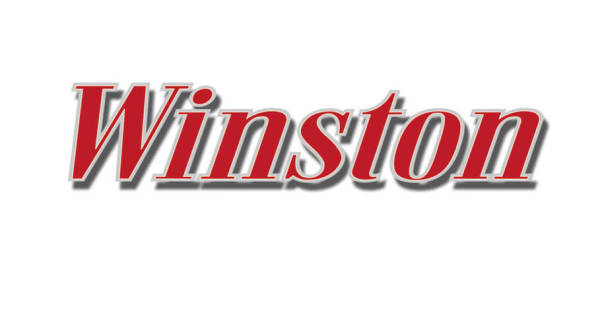 In 1954, RJRT introduced Winston, a filter cigarette which achieved success in the marketplace. The company introduced Salem, the first filter-tipped menthol cigarette, in 1956. 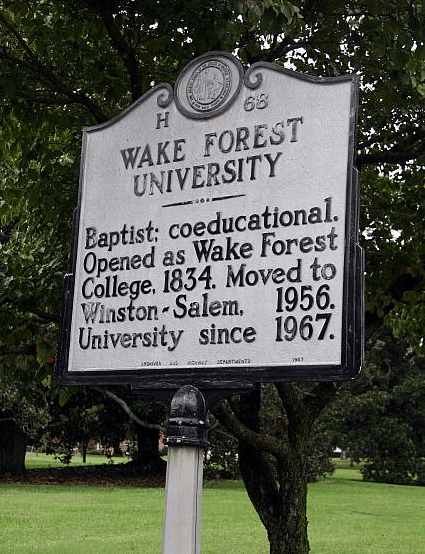 Years after Bowman Gray’s family donated money towards Wake Forest College’s medical school moving to Winston-Salem, in 1956, members of the Reynolds family led efforts to bring the rest of Wake Forest College to the city. The family donated 350 acres of the grounds of the Reynolda estate to the school and the Z. Smith Reynolds Foundation gave $350,000 annually to support the move. Today, Wake Forest University, the School of Medicine and the Wake Forest Baptist Medical Center are key drivers of the region’s economy and are recognized nationally.

In 1960, RJRT set aside $25,000 annually for public-school teachers of Winston-Salem and Forsyth County to use for summer travel and study. 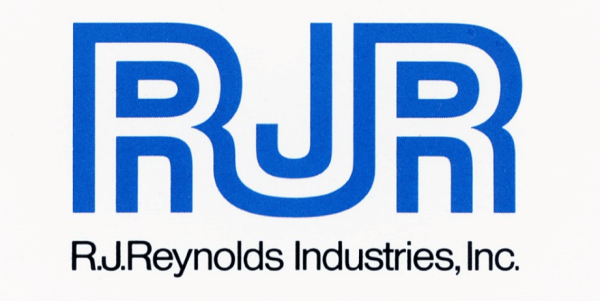 R.J. Reynolds Industries Inc. was formed as the new parent company of RJRT in 1970, following RJRT’s diversification into foods and other non-tobacco businesses in the 1960s.

Reynolds Industries acquired Nabisco Brands in September 1985, and the following year the parent company was re-named RJR Nabisco, Inc. In November 1988, RJR Nabisco entered into a merger agreement with Kohlberg Kravis Roberts & Co. (KKR) for the acquisition of RJR Nabisco by KKR. The merger was completed in April 1989. 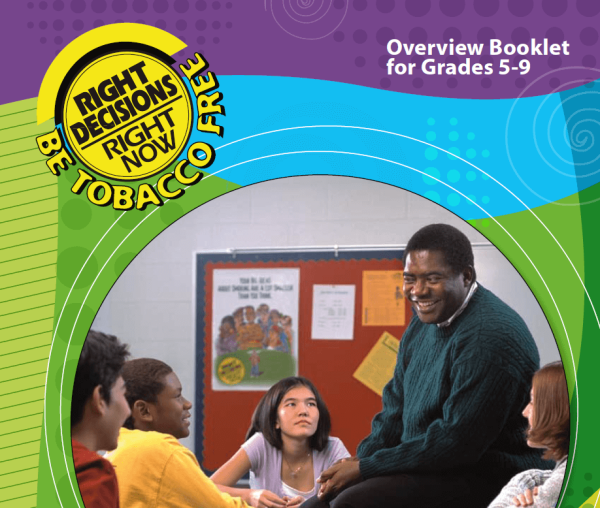 A youth tobacco prevention program, Right Decisions Right Now: Be Tobacco Free (RDRN), was started by RJRT in 1991. RDRN is an easily accessed program for use by middle-school educators, parents and community groups. It is an evidence-based program that was independently developed and seeks to equip youth with information and skills they need to make healthy lifestyle decisions, including not using tobacco products.

Prior to 1999, RJR Nabisco was a subsidiary of RJR Nabisco Holdings Corp. (RJRN). In 1999, following the sale of the company's international tobacco business to Japan Tobacco, Inc., the remaining tobacco and food businesses were separated, and RJRN was renamed Nabisco Group Holdings Corp. (NGH). In June 1999, the domestic tobacco business was spun off from RJRN as R.J. Reynolds Tobacco Holdings, Inc., which became a separate, publicly traded company.

On July 30, 2004, the newly created Reynolds American Inc. (RAI) became the parent company of the merged U.S. operations of RJRT and Brown & Williamson, the second- and third-largest tobacco companies in the U.S. RAI also became the parent company of Santa Fe Natural Tobacco and Lane Limited, which it sold to Scandinavian Tobacco Group A/S in March 2011. As part of the merger with Brown & Williamson, R.J. Reynolds gained the Pall Mall, Lucky Strike and KOOL cigarette brands. 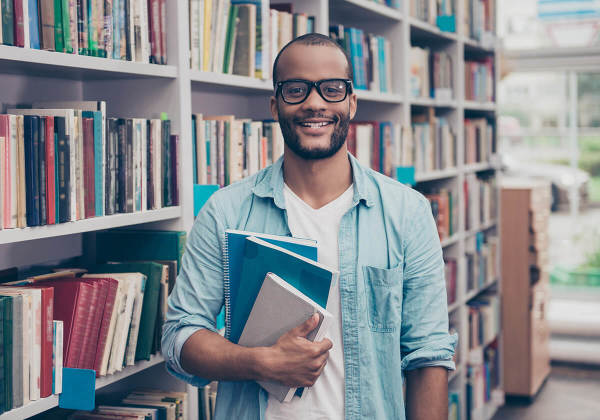 Throughout the years, RAI and its foundations have continued to partner with and support Winston-Salem State University. In 2005, the R.J. Reynolds Foundation contributed $1.25 million to endow the university with a professorship and a new scholarship fund.

In May 2006, RAI completed its acquisition of Conwood Company, the second-largest U.S. smokeless tobacco company with its two key brands, Grizzly and Kodiak. Conwood changed its name to American Snuff Company, LLC, on Jan. 1, 2010. 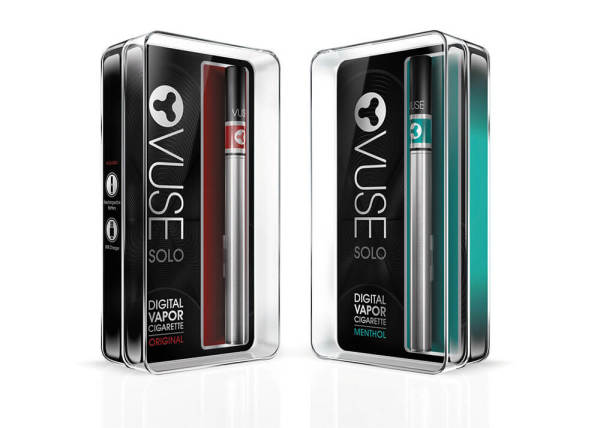 R.J. Reynolds Vapor Company was formed in 2012, and in June 2013, the company announced that its Vuse Digital Vapor Cigarettes would be sold in retail outlets throughout Colorado. Vuse expanded nationally in 2014. 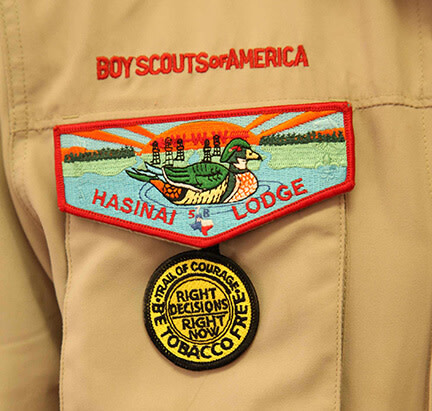 In 2012, the Boy Scouts of America created a new patch, earned by scouts who complete the organization’s Trail of Courage program and take the Right Decisions Right Now: Be Tobacco-Free (RDRN) pledge. The Trail of Courage program started at the Philmont Scout Ranch in New Mexico and has since expanded to troops in Nashville, Tenn., and Raleigh, N.C. 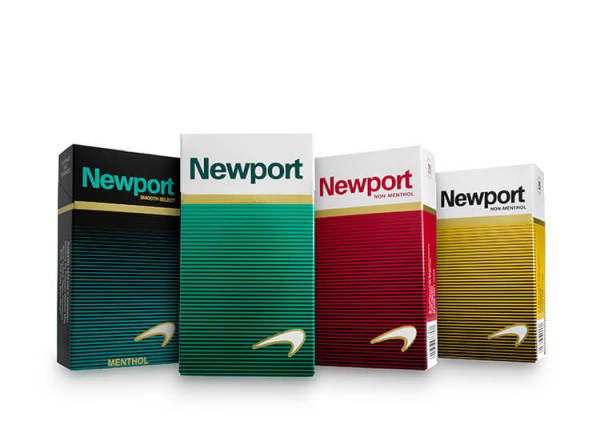 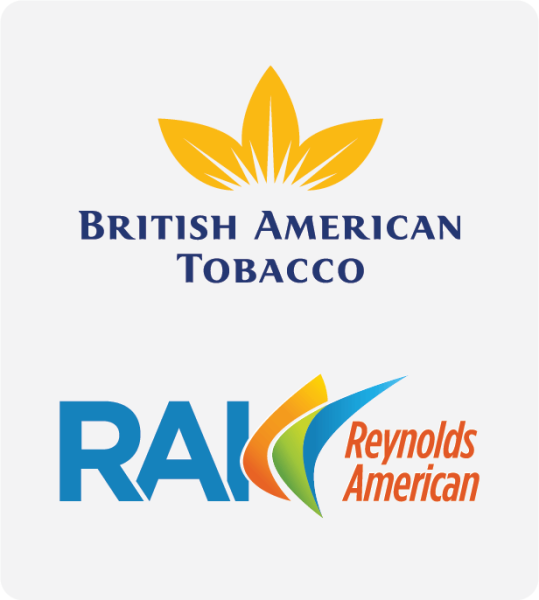 RJRT finalized the donation of a significant portion of the Whitaker Park manufacturing plant and certain surrounding properties to local redevelopment group WPDA, a nonprofit corporation created for economic and redevelopment purposes. The donation included a 70,000-square-foot laboratory building on approximately four acres of land, as well as an additional 120 acres of prime commercial and industrial land, along with buildings totaling approximately 1.7 million square feet. 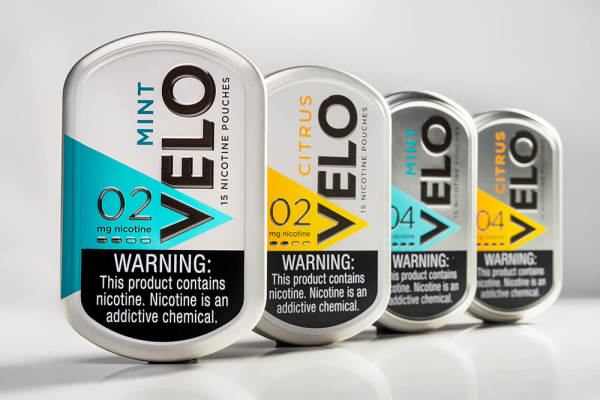 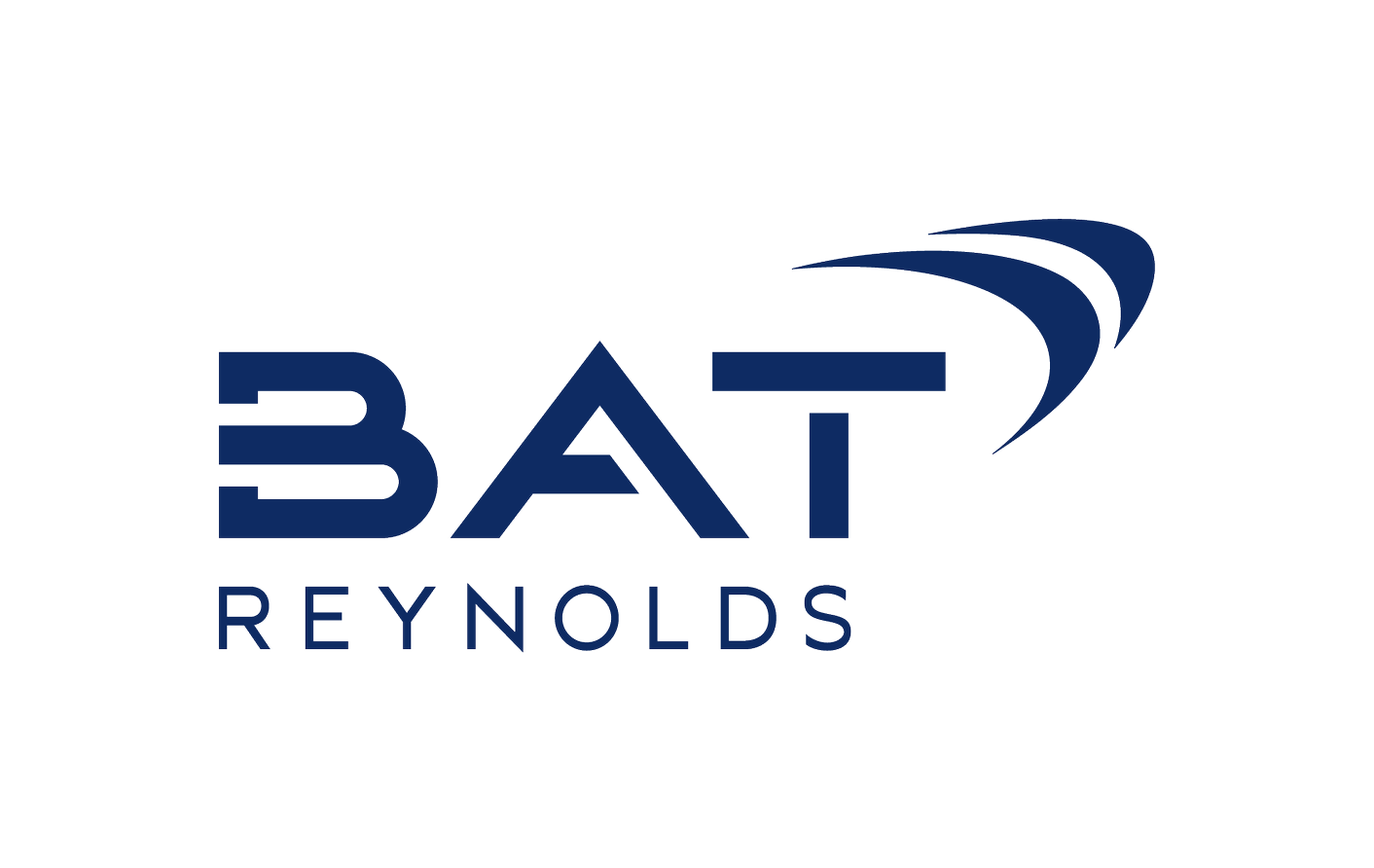